The Board of Trustees at Baobab meets four times a year as a full governing body.  The Board also runs a number of sub-committees that meet regularly and report back to the full board’s quarterly meetings.  Our current Trustees are:

Claire Helman, Chair
Claire Helman, Chair of the Trustees, is the Chief Executive of Aston-Mansfield, an organisation committed to developing healthy-living, lifelong learning and community development in East London.  Claire has worked in senior management roles for a number of organisations in the voluntary, public and private sectors, both in the UK and internationally.  Her previous experience includes being Director of Policy and Development at Together, a leading mental health voluntary sector provider, and Director of Capital Volunteering, a pan London programme which tackles issues of mental health, isolation and social inclusion through volunteering. She was the International Director of Organisation Development for ActionAid, covering programmes in Africa, Asia, and Latin America.

Dr John Clark
John Clark is semi-retired from higher education where his last role was that of a senior manager in a Business School.  He continues to supervise students who are preparing doctorates in the area of human resource management.   John has taught management, leadership and change management to practitioners on MBA Programmes and for client-based courses.  He has research interests in these fields, particularly as a reflective practitioner and action researcher.   In addition to his support for Baobab, John is an active governor in local secondary schools.  As the Chair of Governing Bodies he advises senior leadership teams on strategic issues.

Dr Felicity Dirmeik
Dr Felicity Dirmeik MB,ChB, MRCPsych, Fellow of the British Psychoanalytical Society graduated in Medicine from the University of Cape Town. After moving to London she subsequently trained as a Psychiatrist, Psychotherapist and Psychoanalyst. She also trained at the Tavistock Clinic and then worked as a Consultant, teaching and running clinical services in NHS teaching hospitals in London for 25 years. Her experience includes working in therapeutic communities, group work, work with individuals and couples and training medical students to work psychotherapeutically.
From early in her career she was on many committees at the Institute of Psychoanalysis and later chaired a committee looking at ethical practice for the British Psychoanalytic Council, overseeing the complaints procedure.
She currently works in private practice as a Psychoanalyst and Psychotherapist.

Melanie McFadyean
Melanie McFadyean is currently studying for an MA in Conflict Resolution in Divided Societies at Kings College, London.  Prior to embarking on the course, Melanie was a lecturer in investigative journalism at City of London for fourteen years.  She has been a freelance journalist for thirty years writing for publications including The Guardian, The LRB, and Granta. She also works in TV documentary and radio.  Melanie’s work concentrates on stories about social injustice including immigration and asylum. In the past year, working with two others, she carried out an investigation into the law of joint enterprise which resulted in a report for the Bureau of Investigative Journalism which won the Bar Council Legal Reporting Award 2014. Her other awards include an Amnesty International Journalism award in 2001. She has written or co-written several books among them Thatcher's Reign: A Bad Case of the Blues, Only The Rivers Run Free: Northern Ireland, The Women's War and a book of short stories: Hotel Romantika.

Gill Martin
Gill Martin qualified as a Psychotherapist in 1982 specialising in work with women who had experienced sexual abuse. In 1995, she started to work with refugees and asylum seekers and from 2001 was responsible for delivering training on that theme in Hull which had became a dispersal area for asylum seekers.  In 2003, Gill set up the Haven Project Hull which offers a holistic service for refugee families and individuals, working with particularly vulnerable refugees who have come to the UK under the UNHCR gateway programme and who have been in camps for many years.  She also worked one day a week between 2003-2009 in a specialist GP practice in Huddersfield offering a therapeutic service to the refugee population. She was the first Chair of Solace, a refugee mental health service in Leeds, leading the organisation for five years. She has a Masters degree in Public and Social Administration from Brunel and a Masters degree in Theoretical Psychoanalytic Studies from UCL and extensive training in the treatment of trauma.

Herman Otto
​Herman is a former user of the Baobab Services and brings a critical and reflective understanding of the charity and our holistic and integrated approach. Herman studied at Greenwich University to become a civil engineer. He works for Octagon Developments as an assistant site manager dealing with the day-to-day planning and running of various multi-million-pound construction projects.

Claudia Phillips
Claudia Phillips has a joint degree Education & Social Studies and a post-graduate Diploma in Social Work and Practice Teachers qualification. Claudia is now retired after over thirty years of working in an extremely demanding social work environment, working with children and young people in care, young unaccompanied asylum seekers and supporting families in the community. She has also pursued a successful career in supporting the learning and development of others and continues to teach social workers in training. As a volunteer, she has worked with several community organisations, promoting and supporting the cause of those who exists on the margins of society. In addition to being a Trustee of the Baobab Centre for Young Survivors in Exile, Claudia is also a management member of another organisation, which provides support to African-Caribbean families in need. 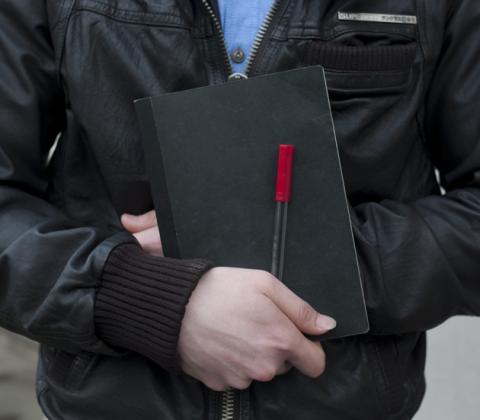